Astronomers have discovered in the Milky Way a giant cavity surrounded by two nebulae, the clouds Perseus and Taurus, which appeared after the explosion of at least one giant star, according to a study published on Wednesday.

The Perseus and Taurus molecular clouds, as they are called, have long been the focus of observation due to their proximity to Earth, between 500 and 1,000 light-years, a negligible distance on the scale of our Milky Way galaxy, which is more than 80,000 light-years in diameter. 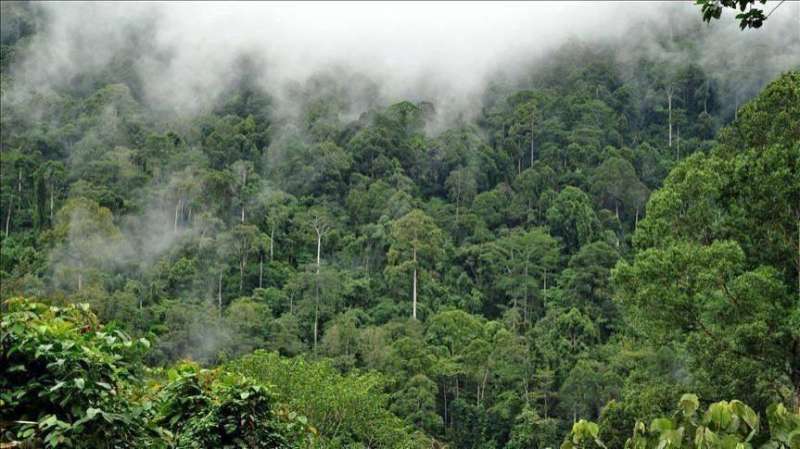 But interest in them is also due to the fact that they harbor factories for stars that were formed thanks to the mixture of molecular gas and dust that makes up these clouds. It also seemed that these two nebulae were connected by some kind of thread, but this hypothesis was later ruled out due to the distance that separates them from the planet Earth.

“What’s funny about these two clouds is that we find that they are well connected, not in the way you imagine, but through a giant cavity,” researcher Shmuel Bialy of the Harvard Center for Astrophysics and the Smithsonian Institution told AFP.

This is the first time that scientists have been able to design a three-dimensional map of such a structure, called a “per-tau shell”, using advanced computational and imaging techniques, especially a map of molecular gases in a wider area drawn using data from the European Gaia space telescope. .

Bialy explained that you should imagine a “sort of a ball with an empty interior” or a “super bubble” with a diameter of about 500 light-years, and whose outer shell is formed partly by the Perseus and Taurus clouds.

The interior of the cavity contains little dust, “but at a very low density compared to the density of clouds,” assistant professor at Germany’s Max Planck Institute, astrophysicist and physicist Torsten Enslin, told AFP.

Inslin participated with lead author Shmuel Bialy in the completion of this study, the results of which were published in the “Astrophysical Journal Letters”. He is one of the scientists who created in 2019 and 2020, the first 3D map of dust clouds close to our sun. This happened thanks to Gaia’s data on the location and characteristics of more than five million stars in this solar “suburb”.

Kathryn Zucker, a postdoctoral researcher and astrophysicist, signed up for a second study on the topic on Wednesday to explain how scientists have put this map to good use, aided in part by algorithms developed under her supervision.

“This is the first time that we can use real 3-D views, not simulations, to compare theory with observations, and estimate which works best to explain where this giant cavity and clouds settled on,” she said in a statement.

“We think it was caused by a supernova, a huge explosion that pushed these gases and formed these clouds,” Bialy said.

According to this theory, one or more stars exploded at the end of the end-of-life phase and gradually pushed the bulk of the gas that was swimming in them back to form this cavity, between 6 and 22 million years ago.

“We are now observing the cavity in its final stage, where its expansion has already slowed and allowed the formation of the Perseus and Taurus clouds. He now intends to focus on the younger groups of stars appearing there.”

See also  The coming wind did not come. InSight Probe May Not Survive Winter - VTM.cz

Professor Enslin expects to “discover many other structures” such as those found at Per-tau. “This bubble may be one of many,” he said, adding that despite its size, it occupies a small space in the three-dimensional map produced by his department.